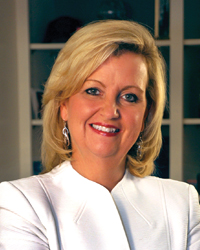 Missouri became the 23rd lottery in the United States after voters resoundingly approved a constitutional amendment in November 1984; the measure passed with a 70 percent vote. A bill created the Missouri Lottery the following spring, and ticket sales began on January 20, 1986. The first game was Jackpot ‘86, a $1 instant ticket, and first-day sales set a record for the time of $5.6 million in total and $1.14 per capita. Sales that first week topped $23.8 million.

The Lottery’s first draw game began October 1, 1996, when Missouri Lotto tickets went on sale, offering a minimum jackpot of $1 million. Pick 3 was added in February 1987, and Lotto*America sales began a year later. Pulltabs were introduced in May 1990.

An important change took place in 1988, when voters approved an amendment to remove several operating restrictions that kept the Lottery from keeping pace with its peers. Some affected advertising, but most importantly the amendment eliminated a 45 percent maximum prize payout.

The Missouri Lottery has long been active in the area of social responsibility, and in 1997 it was one of the founding members of the Missouri Alliance to Curb Problem Gambling.

Originally, proceeds from the Lottery were sent to the state’s General Fund. In 1992, voters were again asked to address lottery issues and approved an amendment that earmarked Lottery revenues for education. Each year, the legislature determines how these proceeds will be allocated, and lottery money currently represents about 4 percent of the total funding for Missouri’s public elementary, secondary and higher education systems.

Some of the programs benefitting from Lottery revenues include the A+ Program, virtual schools, special education excess costs, construction of college and university buildings, library acquisitions and educational scholarships.