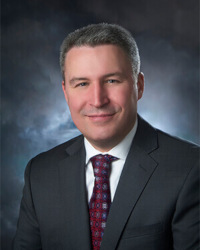 Michigan voters approved a constitutional amendment to establish a state lottery in May 1972 by a two-to-one margin. The enabling legislation was signed on August 1, and tickets for the first weekly passive game, the 50 Cent Green Game, began on November 13. The first weekly draw was held November 24.

Almost three years later, the Michigan Lottery introduced its first instant tickets. A computerized gaming system was added in 1977, and the first numbers game, Daily 3, was launched in June. Daily 4 was added in October 1981. Michigan Lotto made its debut in August 1984, setting a national record for first-week sales of $3.1 million.

The Lottery was given some flexibility in 1995 when legislation removed a 45 percent prize payout cap. Under the new law, 45 percent became the minimum required payout and the Lottery was able to adjust to meet the needs of the marketplace.

Michigan was one of the founding members of The Big Game (relaunched as Mega Millions) in 1996. And in 2003, the Lottery introduced two games for the club market (bars and restaurants), Club Keno and pulltabs. In less than five months, Club Keno generated over $64 million in sales, catapulting Michigan into the second spot among U.S. lotteries in terms of weekly keno sales per retail location.

Lottery proceeds have always been earmarked for education, and 1981 legislation began sending revenues to the state’s School Aid Fund.