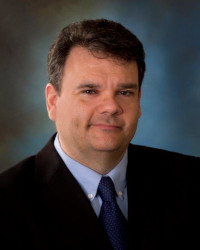 In November 1986, 64 percent of Kansas voters approved a constitutional amendment authorizing a state lottery. The Kansas Lottery Act was passed the following spring and signed into law in May 1987. Six months later, on November 12, the Kansas Lottery began ticket sales with the scratch game Up and Away. Sales during the first week were $7 million.

The first draw game was Lotto*America, which began in February 1988; it was followed by Cash Lotto in June. The Lottery was successful enough in its early months to repay its $2.8 million startup loan to the state in June 1988, one year before it was due.

Kansas also pioneered eScratch, the first interactive internet lottery game of its kind, which ran from May 2004 until December 2007.

The mission of the Kansas Lottery is to produce the maximum amount of revenue possible for the state of Kansas while insuring the integrity of all games. That mission took on even greater importance when the Lottery was tasked with running casinos in the state, which were legalized in 2007 by the Kansas Expanded Lottery Act. The Lottery now oversees gaming at three casinos.

Lottery proceeds, which include gaming revenues, are transferred to the State Gaming Revenues Fund. Of the first $50 million in annual revenues, $80,000 is deducted for the Problem Gambling and Addictions Grant Fund. The balance is allocated as follows:

Any revenues in excess of $50 million are transferred to the state’s General Fund.