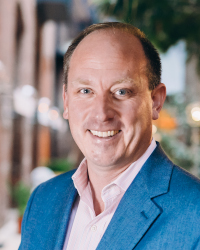 Legislation creating Iowa’s lottery was signed into law in April 1985. The Lottery began ticket sales just four months later with a kickoff celebration at the Iowa State Fair on August 22. More than 6.4 million Scratch, Match and Win instant tickets were sold during the first week of sales.

The Iowa Lottery’s first draw game was Iowa LOTTO, which debuted on April 30, 1986. Two years later, the multistate Lotto*America launched in Iowa and six other states; the game was the precursor to Powerball, which was co-designed by founding Iowa Lottery commissioner Ed Stanek.

There are several industry firsts in the Iowa Lottery’s history. It was the first American lottery to offer pulltabs in 1987. Iowa also debuted the CD-ROM based Treasure Tower in 2000, the first time any U.S. lottery offered a scratch game playable on a personal computer. Additionally, Iowa was the first to introduce Touch Play, electronic instant pulltab vending machines, which were in use from 2003 to 2006.

Lottery proceeds originally were earmarked for the Iowa Plan, a long-term economic development program. In 1991, they were designated for environmental and cultural programs, but just one year later proceeds were directed to the state’s General Fund, where they can be used as needed.

The Veterans Trust Fund was created to provide assistance to qualified veterans and their families for expenses such as job training or college tuition assistance; dental, vision and hearing assistance; and individual or family counseling programs.The Iowa Lottery currently provides $2.5 million annually in proceeds to the program.