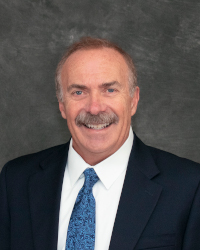 Tickets sales at the Colorado Lottery began January 24, 1983, after the legislature passed a lottery bill the previous summer. The first offering was the scratch game Instant Money Made from Scratch. Expected to generate $60 million in sales, it brought in $137 million in just five months.

Scratch games made up the Lottery’s entire portfolio for a full six years after its launch, as it wasn’t until 1989 that Lotto was added to the mix. Keno began in 1991, and Cash 5 in 1996. Not surprisingly, with each of these early game introductions, sales and revenues to beneficiaries rose to new record levels. Powerball began in 2001, and Mega Millions in 2010.

Although offering a relatively limited game portfolio compared to other lotteries, the Colorado Lottery has a heritage of innovation and creative marketing, a tone set by its first director Owen Hickey. He believed in focusing on the positive aspects of lotteries. Such was Hickey’s influence that a prestigious NASPL award is now named after him.

Colorado was perhaps a little ahead of its time when it launched Perfecto games in 1998 – a suite of limited-run games that for the first time in the industry combined the action of instant games with the draw power of a jackpot game.

Revenues from the Colorado Lottery help improve the quality of life in the state. Beneficiaries include: