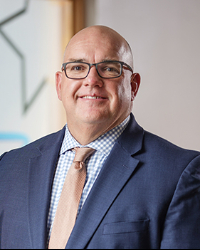 The expansion of lotteries into the American West began with Arizona, the first state west of Mississippi to legalize the games. Voter approval was narrow in November 1980, with just a 51-49 margin, but the Arizona Lottery has become an integral part of the Arizona culture. Subsequent votes as the Lottery came up for sunset review were much more definitive; an overwhelming 73% of voters approved a 10-year lottery extension in 2002. And in 2010, the Legislature passed a bill ensuring the Lottery will continue until 2035.

Ticket sales began over the July 4 weekend in 1981 with an instant game, Scratch It Rich, and its 21.4 million tickets sold out in 10 days, a phenomenal success for the fledgling lottery. Instant games continued to make up the Lottery’s entire product mix until 1984, when its first draw game, the popular lotto game The Pick, was introduced.

By statute, proceeds from the Arizona Lottery are divided among numerous programs in four specific areas: higher education, health and human services, the environment and economic and business development. Along with General Fund revenues earmarked for these programs, dedicated beneficiaries include Healthy Families Arizona, the Heritage Fund in the Department of Game and Fish, the Commerce Authority, Homeless/Transitional Services and the Court Appointed Special Advocates program for children. Lottery revenues also help pay for the state’s problem gambling services.